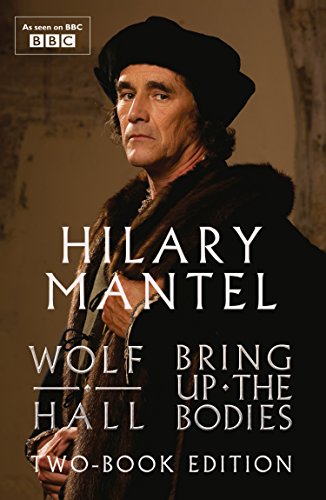 A two-ebook edition of the greatest literary sensation of recent times. Now the inspiration for a major BBC series, starring Mark Rylance and Damian Lewis and directed by Peter Kosminsky.

WOLF HALL and BRING UP THE BODIES, the first two instalments in Hilary Mantel’s Tudor trilogy, have gathered readers and praise in equal and enormous measure. They have been credited with elevating historical fiction to new heights and animating a period of history many thought too well known to be made fresh.

Through the eyes and ears of Thomas Cromwell, the books’ narrative prism, we are shown Tudor England, the court of King Henry VIII. Cromwell is a wholly original man: the son of a brutal blacksmith, a political genius, a briber, a charmer, a bully, a man with a delicate and deadly expertise in manipulating people and events.

In WOLF HALL we witness Cromwell’s rise, beginning as clerk to Cardinal Wolsey, Henry’s chief advisor, charged with securing the divorce the pope refuses to grant. He is soon to become his successor. By 1535, when the action of BRING UP THE BODIES begins, Cromwell is Chief Minister to Henry, his fortunes having risen with those of Anne Boleyn, Henry’s second wife. Anne’s days, though, are marked. Cromwell watches as the king falls in love with silent, plain Jane Seymour, sensing what Henry’s affection will mean for his queen, for England, and for himself.