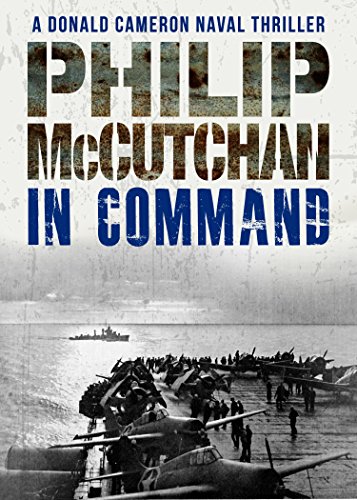 Placed in command of the tiny corvette, HM Briar, Donald Cameron is given the unenviable task of blocking a powerful Japanese fleet as the make their way towards the vulnerable Falkland Islands.

Briar must blow up the narrow passage at Cape Horn to prevent more Japanese naval attacks on British territory.

Given Briar’s size and lack of resources, this truly is a David vs Goliath mission and Cameron must utilise all his strategic knowledge to achieve the seemingly impossible.

Travelling west from Africa, U-boats dog their journey west, and in the Falklands Japanese bombers attack from snow-filled skies.

Then, after two enemy cruisers escape the Briar’s trap, Cameron has a deadly choice: slip away and hide until the Japanese leave or stay and fight — one corvette against powerful, heavily gunned cruisers.

With the freezing weather hampering their efforts even further, Cameron’s quickly depleting crew must be willing to risk everything to protect their territory.

The odds are against him, but running away is not Cameron’s style …

In Command is a compelling and nail-biting naval thriller. It is the eighth book in the Donald Cameron series and was previously published as Cameron in Command

"A nautical war buffs feast...[McCutchan] keeps an authorita-tive hand on the wheel and his descriptions of battles at sea ring with laconic truth." — The New York Times Book Review

"A most exciting successor to his first novel — and it is just as rugged." — The Times